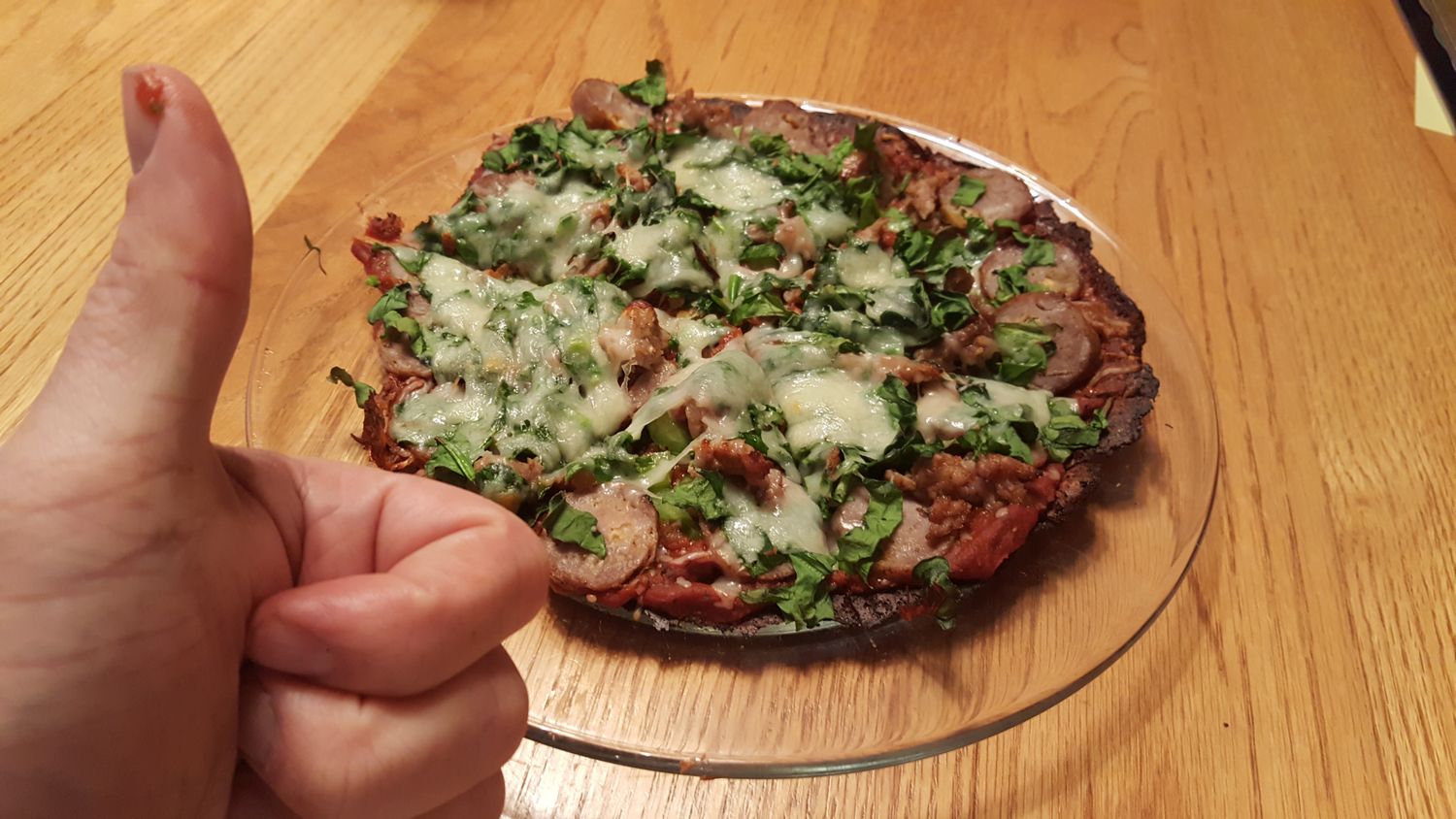 Friggin’ RAIN! All day long rain throwing off my running schedule. I can’t actually believe I just said/typed that. I do want to finish my program and I’m so very close 3 more scheduled runs. The 1.5 mile, the 1 mile a rest day (or two) and the 5k. I pushed it back again today… but this is the longest period of time that I’ve got without a run in 3 months and I kinda miss it? Nah, that can’t be a thing can it? Hopefully, the rains stop and I’m able to get out tomorrow… after all this rain, I need to mow the grass now too!

Today’s meal photo might look a lot like last night… after the pizza yesterday, the boys wanted their pizza – we’ve always made a french bread pizza at home and the boys LOVE doing that, mostly because they’re able to put their own toppings on or at the very least decide what goes on THEIR pizzas. With everyone getting their own flavors, it’s almost like everyone goes to their food court location and we all eat together. We got another head of cauliflower and I made another crust for myself and we had all the same toppings available, so I felt no need to change things up. It was just as good as the last time… all those 24 hours ago. (I took the photo with the thumbs up, so you could tell it was a different photo.)

I was reading up on the support section of the OPTAVIA site and asked this of my coach yesterday during the weekly call… but I had been skipping out on some of the fuelings thinking that would be a good thing (less calories and what not). However, it turns out that there’s a lot of science behind the 5 & 1 program and missing a fueling for a day could end up being detrimental because of the macro-imbalance that would result (as each fueling is designed to have a similar macro-make up or percentage of protein, carbs and fats). As a result, I wasn’t hungry tonight after the pizza, which was eaten late due to a Youth Baseball coaches meeting via zoom tonight. But I grabbed that last fueling to wrap up the day. I probably would’ve gone with the smoothie, but the shaker cup was still dirty from yesterday and the bars are so convenient as a quick fueling. I had to double check my next order to make sure I still have plenty of bars in the order because of their convenience. (note: I do)