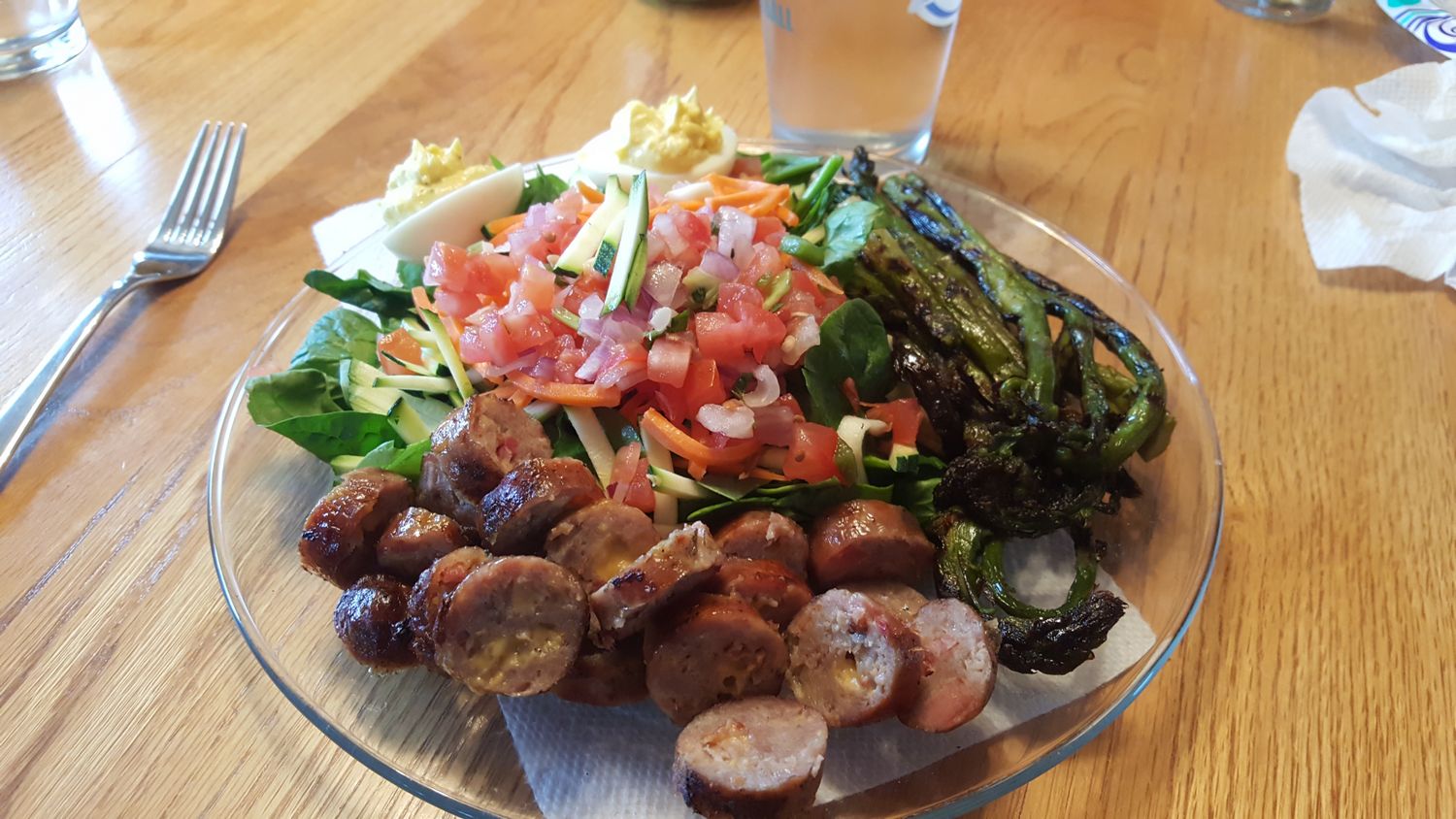 The end of week 2 – and this morning I was reminded by my OPTAVIA coach to review and update the autoship order for the next 30 days of fuelings. I was awake early and was hungry looking through all of the options. Some of the things from the initial package I will get again – but there are several that I will avoid, like the chicken noodle soup that just does not cut it. I’ve missed a couple fuelings the last few days due to various circumstances – we’ll chalk all of those up to “I was going to do the soup that time”. 😀 There are a number of options that I’m really excited to try out. We’ll see if these new options are going to keep me on program or if I totally lose my steam – not sure how frequently the options change. The important thing is that I’m being mindful and aware of what’s going on with how I eat.

I drove the truck more today than I had pretty much the last 3 months – went to Home Depot and Ace Hardware to get some supplies needed to finish up the garden. Got an early start on the day and since the rains still hadn’t stopped us from being outside, we got the garden pretty much all done – still need to find some seeds for beans, peas and zucchini – and maybe since we’ve been doing spinach a lot, we’ll try that out this year. Katie was in the raspberry patch of our garden clearing that out a little more thoroughly and I got the rest of the tomato plants in as well as the watermelon and cucumber seeds in the ground next to the trellis. Once we get the rest of the seeds, we can finish up the garden. It’s in a pretty good spot right now though.

The run today was a scorcher – it was HOT. I should’ve run in the morning, before the sun was all up ons and the temps were the highest they’ve been in months. However, I got it done – a 2.5 mile run. As I was preparing, I read a little article about running in the Garmin app and it mentioned changing the running route up. I had been pretty much running the same course, with some very minor variations (loop one direction vs the other, left instead of a right, etc.) and decided to head off the opposite direction – this sent me through town which is probably why I was running the other way all the rest of the time. However, the little change of scenery was pleasant. My pace/time wasn’t the best, but that was primarily due to my hamstrings being SUPER tight. All of the bending over and work on the deck and in the garden did a number on things all up and down the posterior chain. Slow and steady and the run was done. Surprisingly, the pace was still under a 10-minute mile. After the run through town, I walked back home and came across a couple friendly faces who were out for a walk. A brief – and sometimes not so brief – chat and we headed off our own way.

The in-laws came over to chat and have dinner, so we cooked up some asparagus that they brought over and some brats/polish/hotdogs. I still strayed away from the buns, although today I think I could’ve gone through a number of them. I did help myself to an extra brat, and actually regretted that decision later that night. I also decided to forego the final fueling for the day. After they left, the boys – primarily Joseph – begged for a fire. Having seen no significant rain all weekend and nothing on the radar, we had ourselves a nice little fire in the back, overlooking the beautifully power-washed deck. The boys had some s’mores (I refrained from partaking in that adventure), played ghost in the graveyard and hide-n-seek in the dark and Katie and I got to just sit in the back and watch the fire. Twas a pleasant ending to a crazy couple of days.