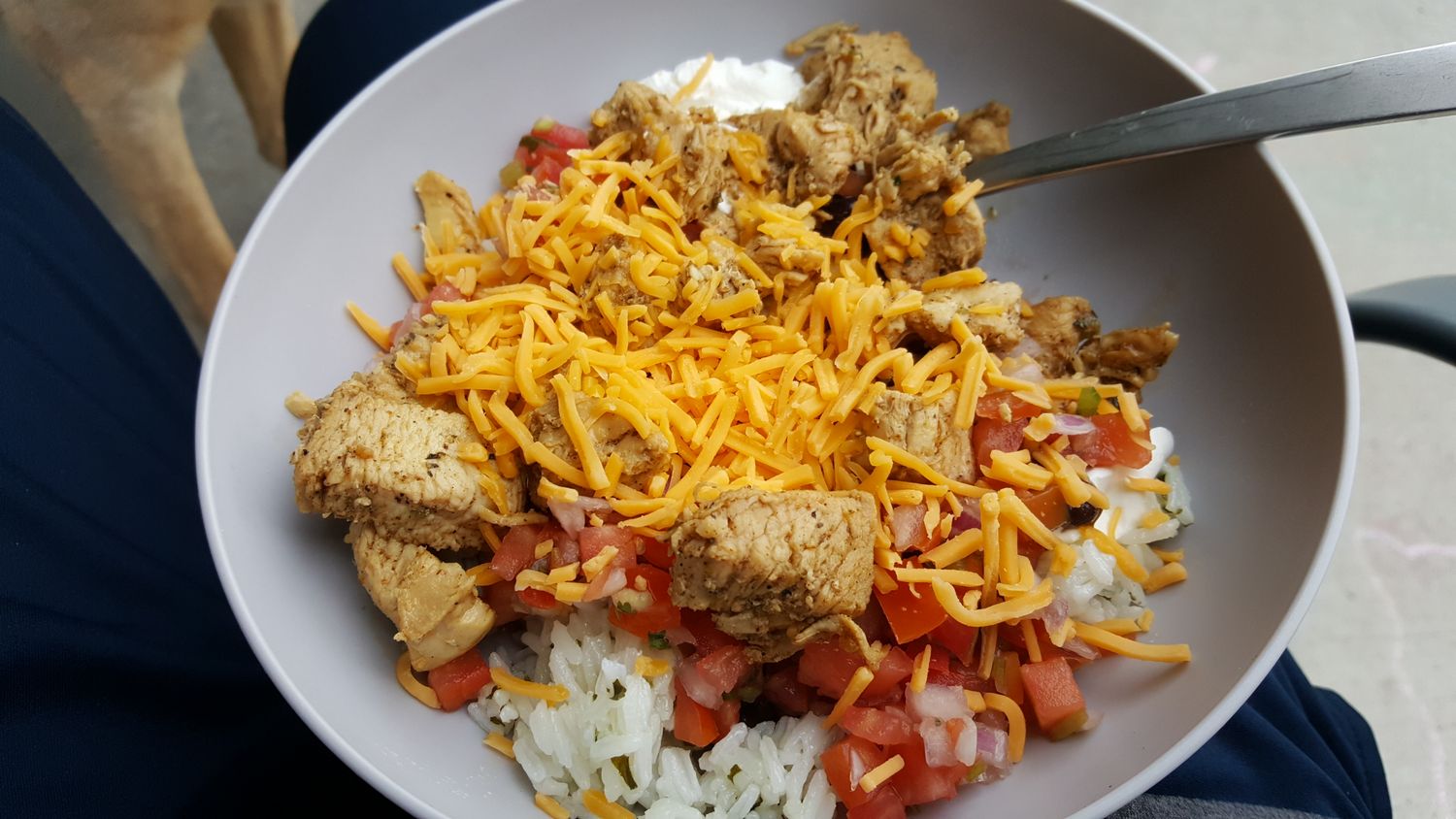 The weekend is finally upon us and even though I just had that mental day yesterday, today was another crazy day all in itself and this 3-day weekend comes with welcome arms! I won’t bore you with the details of work – most of which shan’t be all that exciting anyway. That being said, there was plenty of happenings today that I can share. First off, I once again missed a fueling time (x2). This time, my alarm went off during my run and when I got back, I had been invited to a ‘driveway beers’ gathering, and I’ve not sat and socialized in quite a while, so I didn’t want to dilly-dally. I easily could have grabbed a bar on the way out the door, but I didn’t (maybe I used that GIF a day too soon). Then, after I had returned, I did not partake in my final fueling – I was spent and super tired after the run (more on that in a minute) and the day. I did go into the ‘driveway beers’ endeavor with a mental awareness that I do not want to blow all the progress I’ve made and at the same time still enjoy myself. I wasn’t going to fret over the provided meal (which I had no clue what it would be but was delighted when it was presented). But I did go in saying “I’m going to be mindful of what I eat and not gorge or pig out.”

The RUN: today was the final run of week 10 of an 11 week program. A 3.5 mile adventure. Now, I’ve ‘run’ Obstacle Course Races in the past, Warrior Dash, Rugged Maniac, Spartan Races (even did the trifecta one year), Tough Mudder… but those are all some running, some walking and always broken up by obstacles, and laughs which is really why I do those things. They’re a social event and one of the reasons why I’m a fan is because we’re not out there to ‘win’ – in many cases, there is no ‘win’. But it’s the mental and physical challenge of finishing and getting the rest of the team to the finish line. This is different. This is a just me and the road. At the end of the day, I finished. It was a great feeling to complete the task and this was easily the furthest I’d just gone and ran. I know it’s not a super long distance and to many that is an easy day (those people are crazy), but for me at this point, that was an undertaking.

After the walk back, I washed up and had my social time with a couple football coaches. It was great to just connect after not seeing them for a couple months. We had been seeing each other 3-4 times most weeks during the off-season in the weight-room and at least 6 times a week during the season. I was told “I have food” from the host and it turned out to be the delicious, make-your-own homemade chicken burrito bowl. I’ve asked for the recipe.
Great conversations and social times lasted well into the night. After I got home, and only 2 barley pops into it – again, mindful moderation – it was a great night.

H2O: ~12c & 2 Spotted Cows (probably not to be listed here and are counter-productive to the fluid intake, but they sure went down nicely)

At this point, I cannot thank my wife, Katie, enough for allowing me to do these things – the running, the social time, even writing this ‘journal’. All the while, she’s managing the meal prep, keeping the house clean and taking care of the boys while I’m focused on the my things. This is all possible because she is a selfless and caring person.