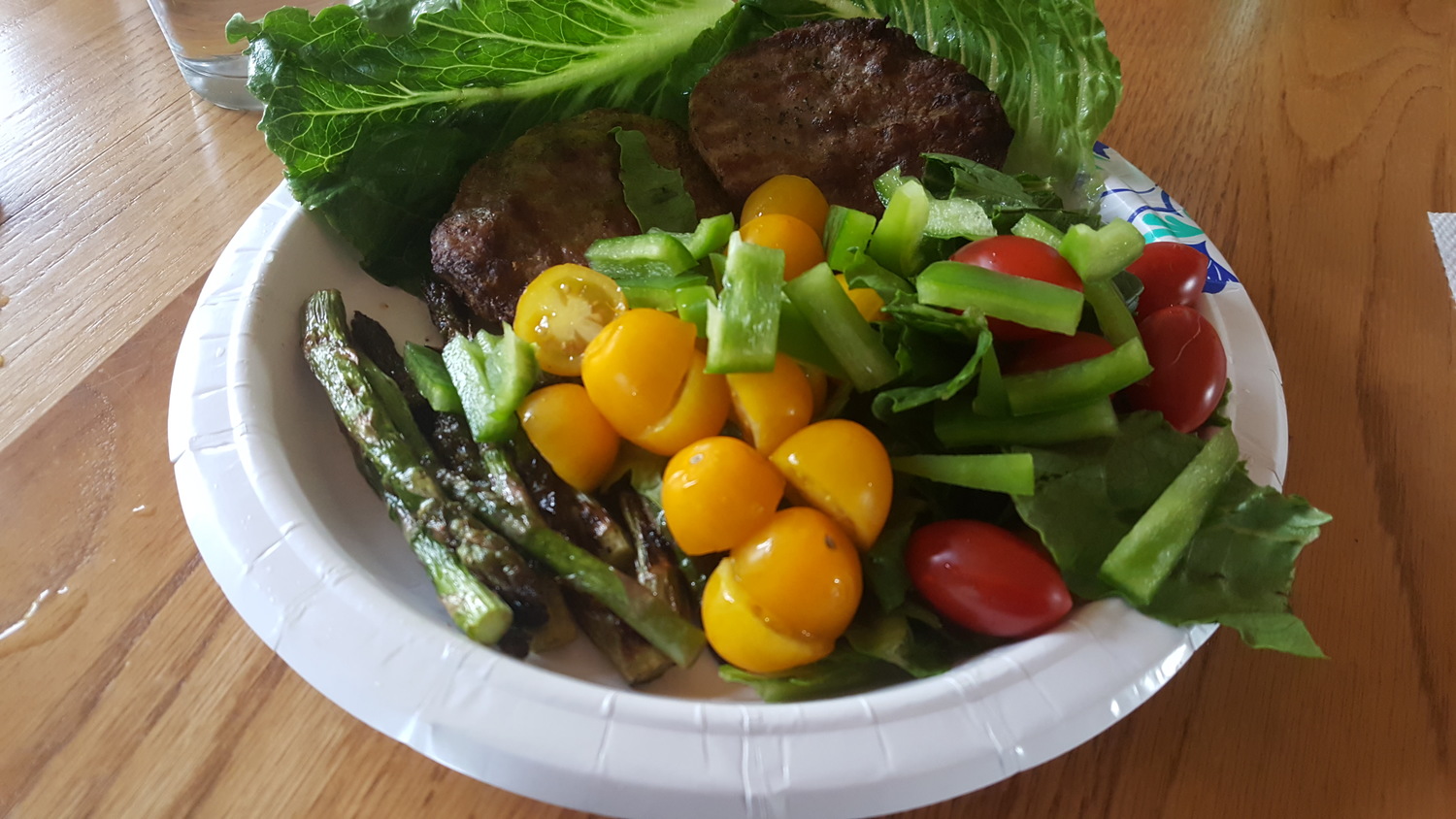 Since the recent discovery that the boys like asparagus (and the fact that we’ve been getting it pretty cheap from either Aldi in town or the in-laws, who have a well-maintained bed), we’ve been going that route pretty frequently. The other major change is that I haven’t had a slice of bread or a bun since I’ve started this journey. I’m told that the cravings for these things subside with time… apparently that time has not yet happened for me. I could still get my fill of never-ending bread sticks or cheddar biscuits at Olive Garden or Red Lobster, respectively. To be fair, the desire to carb-load runs pretty dang deep.

That being said the 10lbs dropped was the first time that the scale has been that low in quite some time, so it gives me hope that things are finally moving in the right direction.

Both boys were signed up for a virtual running series (something we’d done in the past, non-virtually), this week was the final week – right before Memorial weekend – and we missed a week at one point, so Jonathan and I made up for it by running his final 2 1/2 miles today. We were going to run one, take a little walk and run the second one after we had caught our breath, which we did. The running series was 5 weeks long and thus consisted of 5 1/2 mile runs for Jonathan. The first he ran with Katie while I ran the 1 mile run with Joseph. Since then, he and I have gone on those 1/2 mile runs together. He set the pace, I ran along side him, watching my watch for the distance and keeping time. EACH run was faster than the previous run – even the 2nd run we did today. His final and fastest time was 4:22 which was pretty good considering he ran a 4:28 mere minutes previously and started this series with a 6:06! Proud of that little guy.
What that also meant was I had run a 4:28 and 4:22 1/2 miles prior to my daily run, and according to the program, was 2 miles for me. While I could’ve said that I already ran 1 and only added an additional 1 mile, I took a little break after Jonathan and I walked back home and took my full 2 mile run in stride (how’s that for a bad pun). Average pace of 9:28 for the running for 2 miles – I’m okay with that at the end of the day.